On the 5th of May I was in an accident. An accident that could have been life changing but by the grace of God was only mind changing.

I was checking out of school. I planned to fly out the next day and I was getting in one more long ride before I left for the summer. I rode the route I always ride. As I rode on Arena Parkway I went up to make the left turn I’ve made over 100 times. I waited. I looked to the right and it was all clear. I looked to the left and I was good to go. As I pushed off the ground I saw a car start to crest the hill, that’s normal, I still had plenty of time. I only had to cross two lanes. That takes less than 4 seconds. I was almost across when I heard a horn. I don’t know who honked and I don’t know how the car got there so fast but suddenly I felt impact.

My eyes were open but I was seeing grey. The last thought I had before blacking out was, “Why am I blind?”

I woke up face down on the pavement. I don’t know how much time had passed. There were people standing around me. I wanted to get up. Everything looked fuzzy. I flipped over and I saw my bike laying on the road in about 8 pieces. Shock set in. I had been plowed by a car. Witnesses told me that the car came up fast on my left and T-boned me. I went up on the hood and rode the windshield for 100 feet before sliding off onto the pavement. There were no skid marks on the road. I do not know why it took the driver so long to stop. She had to have been going over 50 upon impact.

Everything becomes fuzzy from there. There are minutes of my life I don’t know if I will ever remember. Apparently I called my mom and my boyfriend. I refused to take the ambulance. I don’t know how I got from the road to the ambulance and from the ambulance to the fire truck and eventually into my mom’s car. There are conversations that I had that I have no memory of. I have no perception of the time that passed. I didn’t even know where I slept the night before.

In the hospital I had X-rays and a CT-Scan. Both of these diagnostics came back negative. I was diagnosed with head trauma in the form of a concussion and I am stiff like …well like I was hit by a car. I am thankful.

In my state of confusion, I said a statement I don’t remember, I told my mom I had to sit in the car before walking into emergency because “I had to stop and thank God.” He lifted my body onto the windshield and out of harms way. He held my head as I slammed into the car, he set me down on the ground, and he closed my eyes so I wouldn’t have to replay the horrors over and over again. I am more confident than ever that God has a plan. He didn’t have to save me and He certainly didn’t have to allow me to walk away relatively uninjured. I want to be facedown on my knees praying, instead of facedown on asphalt in shock. I am ready and waiting to answer God’s call because after this, I know it is coming.

I hope that everyone will hear this story and remember that life is short and nothing is more important than gratitude. Be thankful for every single pedal stroke you take. Be thankful for the people around you. Be thankful even when you fall short because anything is better than laying helplessly on asphalt wondering where you are.

And PLEASE for goodness sake: Wear Your Helmet. My helmet saved my life. 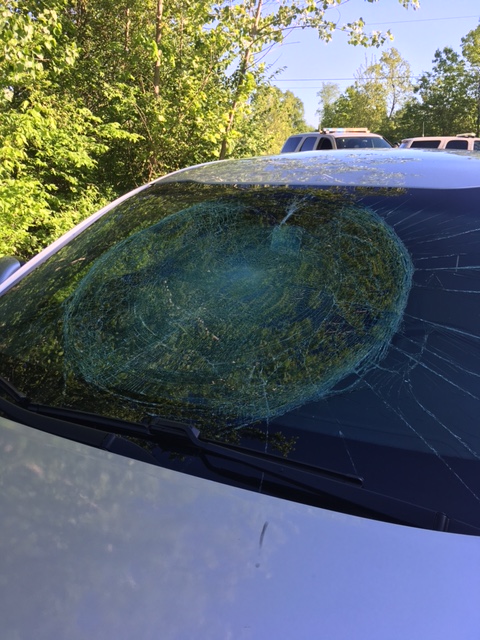 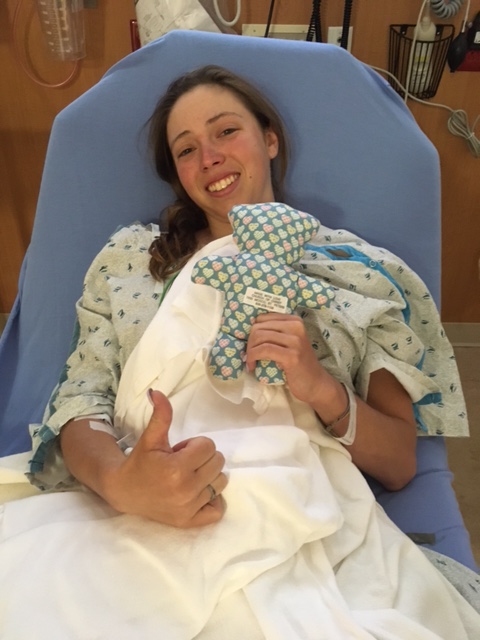 9 thoughts on “Never Thought It Would Happen To Me”