I find so much pleasure in the battle. I’ve always known that about myself but I feel like these last two weeks at the World Championship and the World Cup have really emphasized that love of mine. Racing isn’t about always being first. It’s about fighting and overcoming. Sometimes, on the best days those things lead to first place finishes, podium performances, and goals being met, but no matter what, it always leads to great satisfaction.

After placing 26th in the World Championship the week before I had a lot of excitement centered around the World Cup in Snowshoe. It wasn’t excitement about any particular result, but rather excitement around knowing that the possibilities were endless. I had the strength.

I stood in the box before the race looking around me. I didn’t look with fear and comparison, but rather with admiration and gratitude. This was mountain biking at its best. Spectators craning their necks to see their favorite riders, cameras in your face, rows of people outlining the course, warm ups being interrupted with autograph requests, and that’s only part of the pandemonium. Noise makers, screams, announcers, but once again the loudest voice was the one repeating mantras in my own head.

As I rolled in at the back of the grid once again assuming my spot in the 7th row as the 51st call up to the line, I took a deep breath. I didn’t plan to finish there, but in a race with 7 laps, each one being only 11 minutes long and featuring many, many bottlenecks, how quickly could I move up? 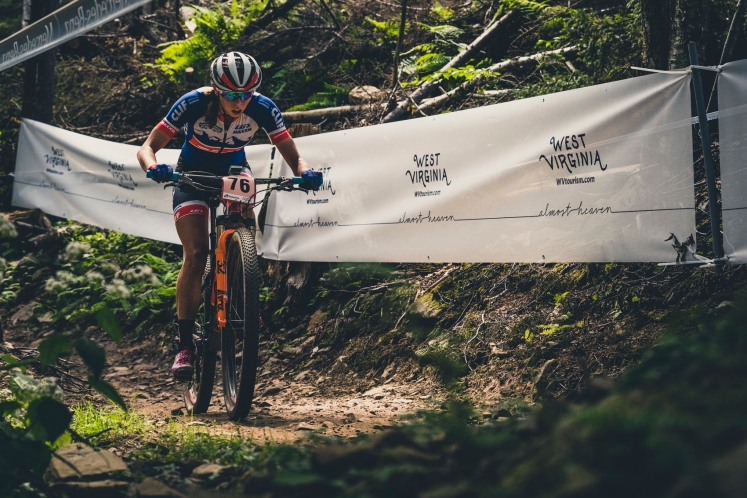 As the best mountain bikers in the world all sprinted off of the start line, the tape outlining the course began to immediately taper in. Racers were getting pinched off, panicking and grabbing brakes, sending swerves through the group. I managed to hold my position and move up a little bit, but not nearly enough for what was to come.

About 30 seconds into the race all of the racers were funneled off of a small drop. The chain reaction was so extreme toward the end of the group that I was forced to put a foot down at the top, wait my turn, and then lunge off of the drop from a near stop. As we all recovered from that bottleneck we found ourselves squeezing into a not-quite-2 wide wooden bridge that left many people hooking handlebars and skootching up. When we finally made it out of the bridge we nearly immediately hit the woods descent which left over half of the group off of their bike and running.

I had my eyes fixed far ahead and saw the mayhem so I dismounted before, picked up my bike, and discovered there wasn’t even anywhere to run. The group walked down the descent. All of this congestion was in the first 3 minutes of the race.  The people in the front were flying away as we waited turns to just move in the right direction.

When it finally spread out (just 3 minutes in) I started to make passes and find my groove, only to have the girl in front of me send it end over end over end crashing out of a high speed corner. Luckily, I stayed upright, but had another time loss to recover from.

I paint this picture of the start not as an excuse, not as a complaint, but as exactly what it is: a picture. This is a reality of some courses when you start near the rear end of the field. It is a chance to overcome. You see, those racers between the tape are overcoming so much more than a physical feat and so much more than anyone knows. I had a cold in the days leading up to the race, but that’s life and it’s the underlying things that people don’t know. I often wonder what my competitors are overcoming as we battle lap after lap. Colds, crashes, mental health, tummy aches, mechanical issues, they don’t always stand out but they are always there. 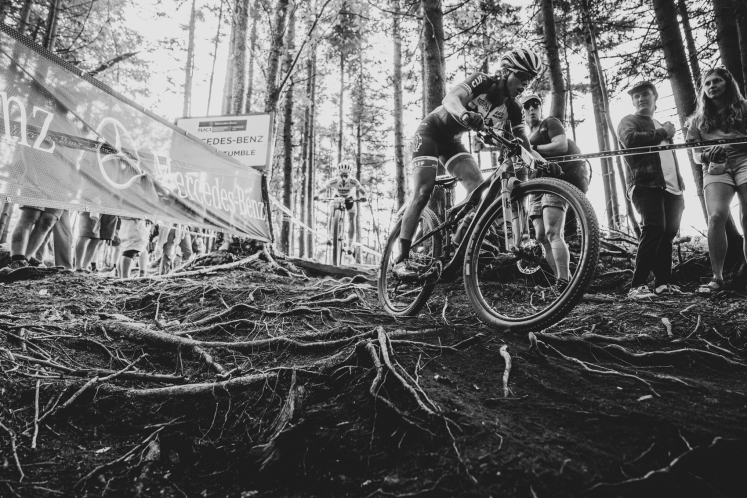 Laps 2 and 3 were spent with a lot of damage control from lap one. Gasping for air as I tried to bury myself to make up time. As I passed people, it became obvious that the race was spreading out and the gaps between riders was growing. I easily could have settled in and settled for the position I was in. I had moved up so it was good, right? But where is the fun in that. When the pleasure is in the battle, you fight until the end.

The final 2-3 laps made the race for me. Now that the race was spread out and I had room to move I felt like I could really use my fitness to my advantage. My last two laps gave me times ranked in the 20s as I move through the race and improve my position. It felt like I was moving forward all the way to the line as I sprinted to try to catch one more person in the finish shoot. I finished 38th. It’s a result I am pleased with but a story I am even more proud of. 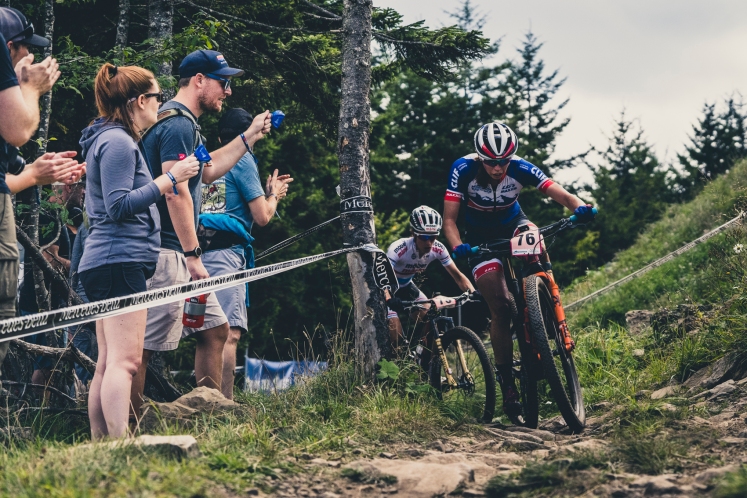 This is the top of the line. I got to race some of the biggest races in the World these last two weeks. I was there and I more than held my own. Now I get to spend my time and training battling to move up. Praise God for the opportunity and thank you to all of the people who help me use it.

All Photos by: Matthew DeLorme